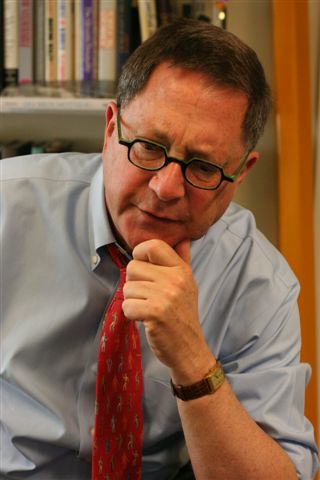 The conference program for the 2013 Helping Families Change Conference is being finalised by the scientific program committee and will be released within the next 10 days.

However, key details have already started to emerge about the lineup of the event.

Leading University of California Professor, Dr David Kirp, has just released the details of his keynote presentation at the 2013 Helping Families Change Conference.

Dr Kirp will address the conference on Wednesday 13 February in the main auditorium in a presentation which is sure to captivate. Dr Kirp is a professor of public policy at the University of California at Berkeley, a former newspaper editor and policy consultant, academic, author, and gifted speaker. Kirp has supplied the following:

A half century of research in neuroscience, genetics and developmental psychology have confirmed that helping families do a better job of raising their children can recast the fortunes of the next generation. Better parenting can break the un-virtuous cycle, the generation after generation of abuse and neglect that can be found across the social class spectrum. That’s why Triple P is such a pathbreaking initiative: it has the potential to make parental support as common as well-baby checkups. But teaching parents how to be the best they can be is only a part of what children need. A system of supports is what’s called for–a “kids first agenda” of cradle-to-college game-changers. This strategy, which will be laid out, is designed to make widely available what all parents want for their children, to treat every youngster as well as we’d want children we love to be treated. That’s the public policy counterpart of the Golden Rule: it’s sound ethics, good for kids and a solid investment for the rest of us.

Kirp will take the stage in the afternoon session of the 13th of February, following the highly anticipaited “Triple P MasterClass” from Triple P Founder, Professor Matt Sanders. The Sanders MasterClass will have a highly practical focus and be of particular interest to clinicians and practitioners working with children and their families. This is the first time Sanders and Kirp have appeared at the same event and the organizing committee is delighted to be able to bring both experts to the 2013 HFCC. Dr Kirp will undertake a book signing immediately following his keynote presentation.

Sanders will return the following morning to deliver his own Keynote presentation – his first ever in the city of Los Angeles.